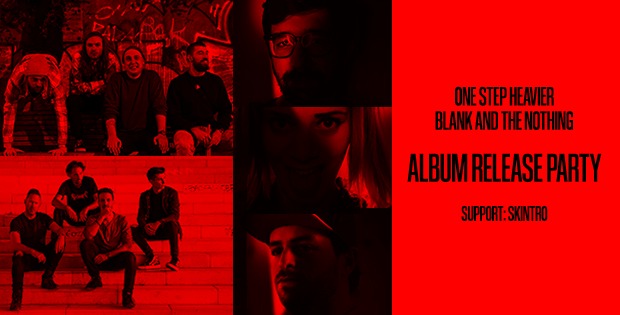 One Step Heavier, Blank and the Nothing, Skintro

Album release party - Double feature!
Come celebrate with us the release of our first album "RED".
A crossover of genres mixing rock, synthwave, pop and cinematic instrumental, RED is our very first concept album.
But that's not all!
One release party is not enough, why not two? The iconic Blank and the Nothing also just released their first EP on August 5 and will join us on stage for an electric evening.
More you say?
We got you covered with the bad boys from Skintro! They will launch this party in style and swipe you off your feet.
DISCOVER THE BANDS:
One Step Heavier: https://lnk.bio/onestepheavier
Blank and the Nothing: https://www.facebook.com/blankandthenothing
Skintro: https://skintro.bandcamp.com